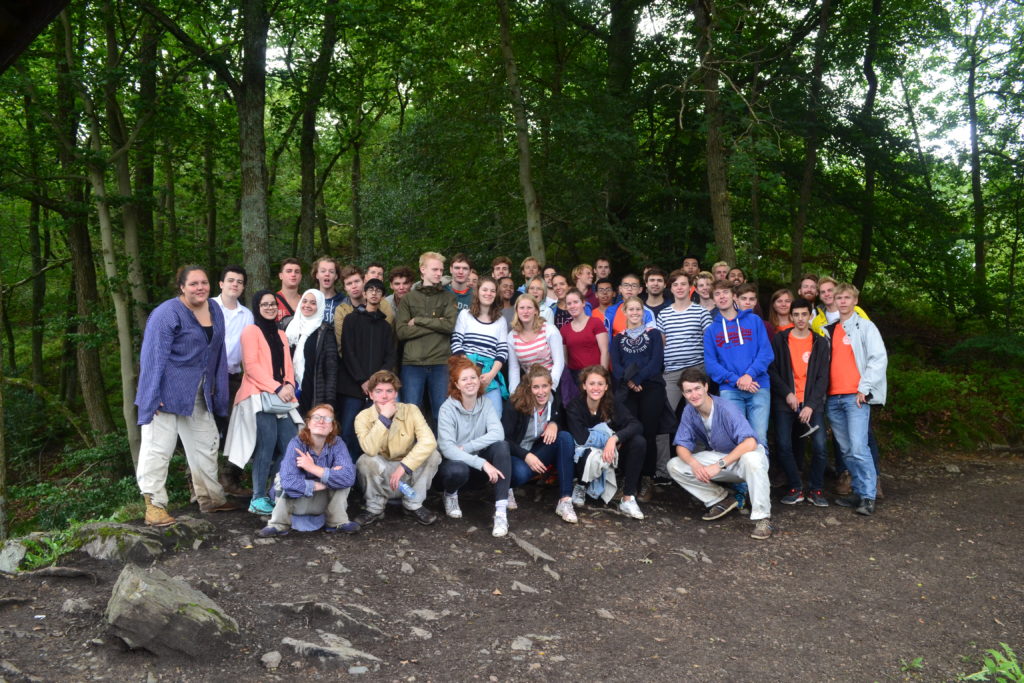 During the Zero’s excursion, upcoming AES students visited different companies in the Netherlands, Germany and Belgium during this four days excursion.
On Thursday, we went to Shell Rijswijk where a drill simulator was demonstrated and the scientific lab was shown. The international students got their first Dutch experience while cycling in the rain. Back in Delft Jan Dirk Jansen gave the students a welcoming speech.
Friday morning, the bus was ready to take all students to the KNMI CESAR Observatory. Here it was explained how the atmosphere and its interaction with the land surface is studied using a large set of instruments. All this is done to monitor the climate and provide weather forecasts. In the afternoon, the excursion continued to the Mijnwater Project in Heerlen. After closure of the coal mines in Heerlen, the mine passages filled with groundwater which are heated by the Earth naturally. This project is set up by the municipality of Heerlen and looks for possibilities of using the water for heating and cooling buildings in the surrounding neighbourhoods.
Saturday morning we continued the excursion to Germany to visit an open pit mine. Where the new students were impressed by the big operation and machinery. In the afternoon, the students got the opportunity to descent in the ground by visiting the former coal mine of Blegny. In Blegny, committee members awaited the upcoming AES students to meet one another. It was an afternoon and evening full of games and fun.
The excursion ended with a geological walk in Ninglinspo on Sunday morning. Two PhD students showed several geological structures to the new students. All in all, we had a great time and the upcoming AES students got to visit different study related companies and got the chance to meet one other and become friends.