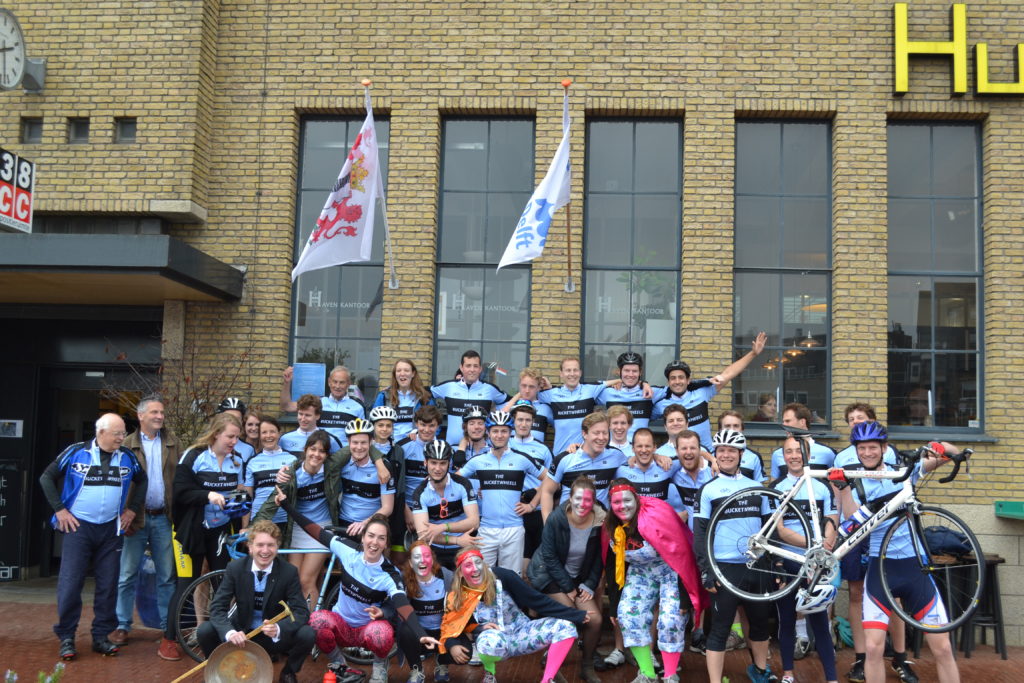 Group picture before the tour starts

Blood, sweat and tears have been spilled last saturday during the very first edition of the one and only Bucket Wheel Tour! First of all the participants had a lunch in the Huszár to make sure they were full of energy at the start of the tour. They have drudged on the bike on the routes through the green heart: on the 40 km and on the 70 km some personal records are crushed! The battle for the first place was decided in the last meters. On the 70 km route the battle was between Jan Willem Buist and Richard Hontelez, who were able to leave the pack behind. However in the last 4 km Richard Hontelez sprinted away without looking back as a real Zoetemelk and kept going until he reached the finish: he is the winner of the 70 km route!!
On the 40 km route the endless powerbattle between Jaap van Duijn and Pieter Bosman was decided in the last few meters with a difference that was just the length of a wheel. From now on Pieter Bosman can use a new nickname, Pieter Sagan, because he was the winner of the 40 km route!
At the end of the tour there were enough cold beers to keep everybody foreseen and of course enough snacks to fill the energy supplies. Besides the potential new boardmembers of the MV was announced during the drinks. The candidates for the 126th board of the Mijnbouwkundige Vereeniging: 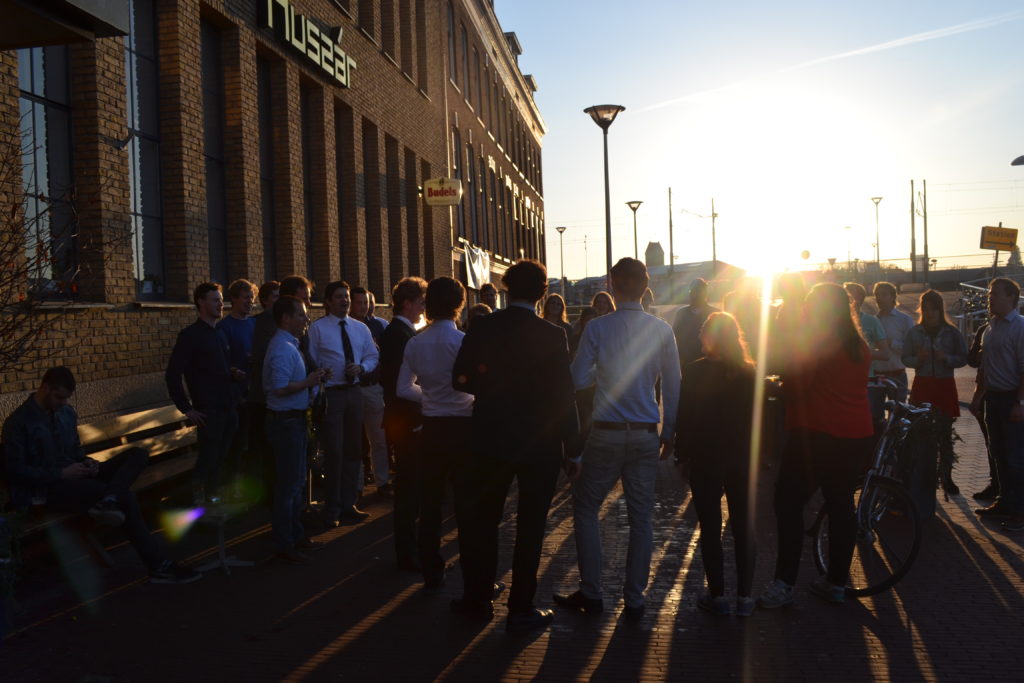 The announcement of the candidates for the next Board 126